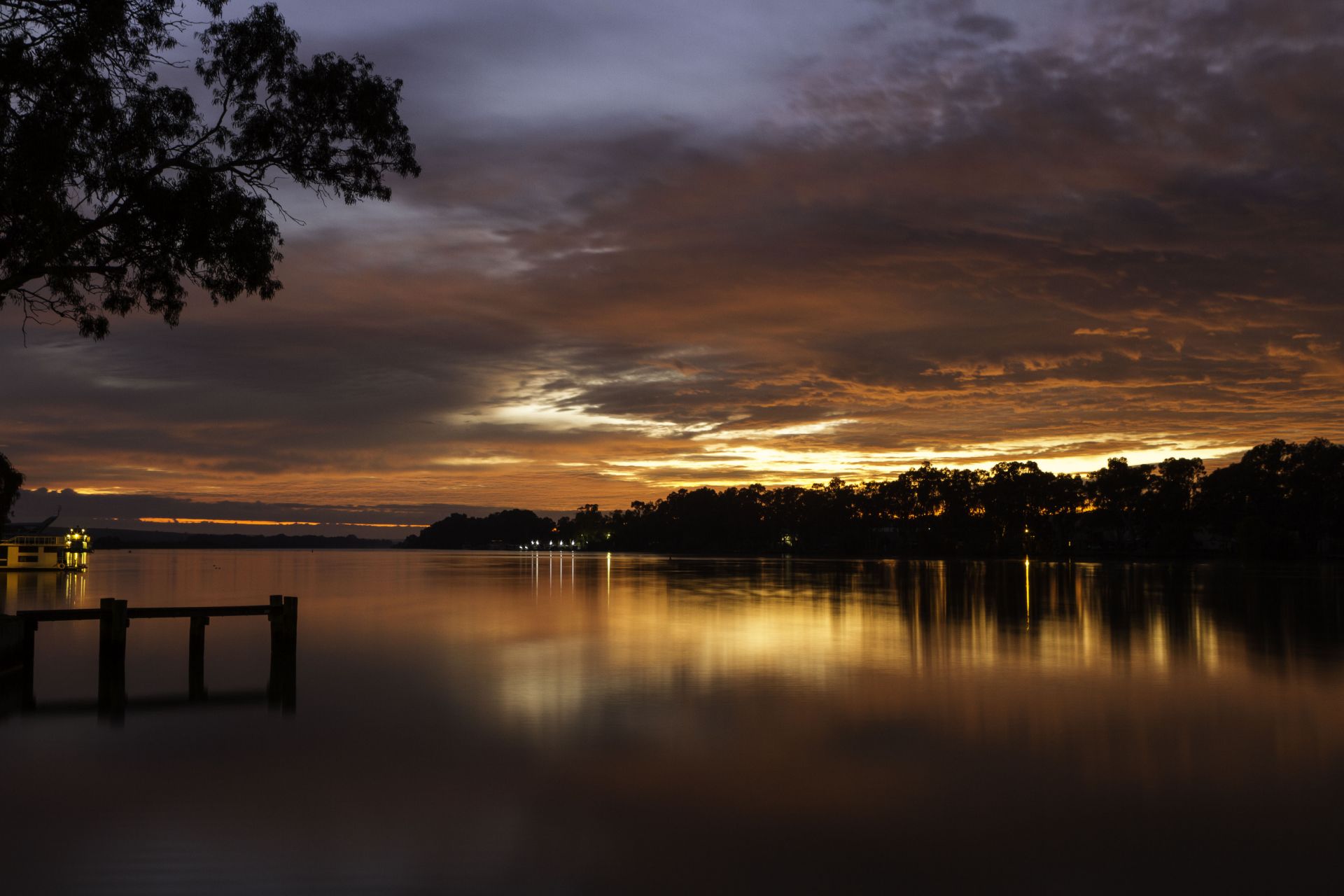 Originally known as Rhine Villa located on the Eastern side of the Mt Lofty Ranges, this extensive farming district is stepped in history and the popular Cambrai Hotel.   Only 89 kilometres from Adelaide or 40 minutes from Angaston.

Home of Marne River Olives where you can taste some of the region’s best Kalamatas and olive oil.  The nearby Marne Weir marks the start of the Marne River Valley Scenic Tourist Drive.

One of the Mid Murray Council region’s natural wonders, ‘Shell Hill’ is a short distance near Black Hill where the oyster shell deposits which in some places are six metres thick from the Miocene era are said to be millions of years old and a must see on your tourist drive.

Many years ago, a crushing plant was set up in the gully below to turn the oyster shells into 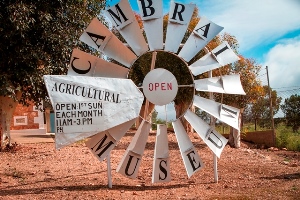 a fine powder (carbonate of lime) which although not much good as a fertiliser helped to sweeten land in the heavy rainfall areas.  The crushing plant founded in the 1930’s, was subsequently closed after a few years operation, re-opened in 1942 to produce smashed shell sold to poultry farmers for shell grit and closed in 1946.

The Cambrai Agricultural Museum is open on the first Sunday of each month and takes you back to the origins of the township and rich farming history.

Between Cambrai and Sedan, take a peak down Pine Hut Road.  A meandering pathway of valleys and trees through to the outskirts of the Barossa Valley.

The Cambrai Hall, which recently turned 100 hosts a remarkable river landscape backdrop painted by well respected turn of the century landscape artist from 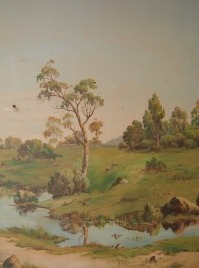 So when driving through, stop off the Cambrai General Store or at the majestic Cambrai Hotel surrounded by its original return verandah and have a chat with the locals about their farming past and present.